The Shocking Truth About Milk & Calcium 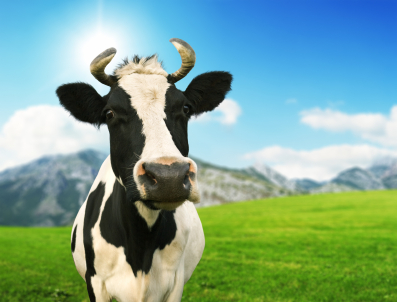 A study by the Iowa Women’s Health discovered that women who drank more than one glass of milk per day had a 73% greater chance of suffering from ovarian cancer than women who drank none.

Consumption of cow’s milk is known to increase levels of IGF-1 in our bodies, however the Physicians Health Study (PHS) has also been performing some intensive research on what this does to our bodies. They performed a study of 21,660 men over a period of 28 years. They discovered that if men were drinking over 2.5 servings of cow’s milk per day, they were significantly more likely to suffer from prostate cancer and early death than those who drank less than 0.5 servings per day.

If this doesn’t shock you – it should.

We have been lied to, cheated and now we are being put at risk of cancers, diabetes and also putting our children at severe risk (I’ll get to that in a moment, it is truly awful).

Let me ask you something a bit personal, do you suffer from any problems such as acne or eczema, allergies, diarrhea or constipation, cramps, anemia or possibly even more serious, life threatening diseases?

Drinking cow’s milk is very likely the thing that is causing these problems, even though it is likely a shock to hear that. See, cow’s milk does have a purpose – it is designed to grow a baby calf from weighing as much as a human adult into about 5 times that within a year. As much as we want our children to grow up to be big and strong, cow’s milk is not the way to go. In addition, cow’s milk is heavily acidic, which creates a buildup of toxic acid in your body. This destroys the natural pH of your body and is part of the reason cow’s milk can be so detrimental to your health.

Here are just a few of the reasons why cow’s milk is something you should avoid like the plague:

1. You Have Been Lied To By People You Trust Most.

Think for a moment where we get all of our nutritional information from – as children all the way through to adults. Let’s be honest, not all of us are scientists, chemists and nutritionists, so we have to get our dietary information second hand.

We rely on schools as children, some of which provide “free” milk for the students. We rely on the government to provide us with that free schooling and education, we also rely on television and our parents. Most of our parents were never food scientists, so they have also relied on the same channels.

The dairy industry is worth almost $100 billion per year – you don’t think that they are going to get a bad name overnight do you? They have the power and money to “buy what you know”. They can tell governments what to do, they can give “free milk” to schools and instill in the education system that it is good for.  They have power, influence and they are able to buy whoever, and whatever they want to ensure that their product remains in the limelight.

2. Millions Of People Are Allergic To Cow’s Milk.

Dr Oski, M.D, author of 19 medical books and over 200 journals has been quoted saying “The majority of the world’s population is “lactose intolerant”. They cannot digest the lactose which is in cow’s milk.

In 1974 the FTC took the California Milk Producers to court because so many people were suffering from illnesses attributed to milk. Lactose intolerance, allergies and even heart disease were the main offenders, and the FTC won the case. The milk company had to change their slogan from “Everybody Needs Milk” to the very similar, but not illegal to “Milk Has Something For Everybody”. After the alarming results studies shown, it seems milk has plenty for everybody, diabetes, skin rashes, heart disease and diarrhea are all in plentiful supply when you consume cow’s milk

From 1970 to 2006, as the number of cows declined 25%, output per cow more than doubled. Is this because of some new amazing technology? Think again. It is from the hormones and “production line” style that cows were milked. No longer did cows live on farms, instead they were housed in sheds where they were fed chemicals and hormones all day, then milked all day. Not too much of an appealing thought.

4. Calcium From Cow’s Milk Is A Myth.

A 12 year long Harvard Nurses’ Health Study found that those who consumed the most calcium from dairy foods broke more bones than those who rarely drank milk. This was a broad study based on 77,761 women aged 34 through 59 years of age.

That is a pretty staggering number of people to survey, and a terrifying result.

Robert Kradjian M.D from Daly City, CA has said: “Inclusion of milk will only reduce your diet’s nutritional value and safety. Most of the people on the planet live very healthfully without cows milk. You can too.”  Because the calcium in cow’s milk is pasteurised, it is inorganic. This means that it is in large, unusable to the human body. When something is pasteurised, it means that it is heated up to a level, and then immediately cooled. This process renders the calcium mostly useless for human consumption.

A diet high in dairy products such as cow’s milk can actually cause your body to lose calcium. The amount of protein in cow’s milk is about 3x more than that of humans milk, and this has been linked to calcium depletion.

Do you know why? When your body receives too much of something and in the wrong form, it tries any way it can to get rid of it. Just like when you are ill, your body will try to get rid of the disease by vomiting, diarrhea and sweating. This is why calcium from cow’s milk can actually cause you to retain less calcium.

Think about how cows get calcium and protein…

Calfs get weaned off milk, and put on a diet on water and grass or maize.

They are getting their protein from the grass & maize that farmers feed them!

Research has also shown that when calcium is lost from the bones due to excess milk consumption, it doesn’t leave the body. Calcium deposits are picked up by blood and left in our blood vessels, organs, skin, eyes and joints. This is where the heart disease can start – your body stores the excess calcium in the heart and arteries around it. They start to get clogged up and your heart has to work harder to force blood through smaller and smaller arteries, then one day, it can’t cope and stops working.

What Can You Do To Stop The Madness?

Despite constant warnings from many major medical associations, cow’s milk is still being pushed into our diet by governments and dairy producers.

One out of every seven dollars in the USA is spent on dairy products and the average American consumes almost 400 pounds of dairy products a year, most of which is cow’s milk. This is destroying our health and creating massive problems for us.

The number one thing to do is look after you and your family. Stop drinking milk ASAP. Most of us have been conditioned for life to believe that cow’s milk is good for us and is the only way to get protein and calcium. You now know that this is plain wrong. Cows drink milk in their infancy, just like babies need to drink breast milk for a few months.

After this, the calves are weaned off milk, just like a human baby is. They then eat natural, whole foods for the rest of their lives.

However as humans, we have significantly more needs than a cow. As nice as it would be to eat grass all day, we require a lot more diversity of nutrients than a simple cow.

You need food that is nutritiously dense and alive!

You may already heard about the benefits of chlorella, spirulina, nova-scotia, wheatgrass, barley grass, echinacea, alfalfa and many more. These super foods give you an alkalized body (compared to a sickly, acidic body), huge amounts of energy, and help your body to absorb the nutrients like a sponge.

Go to the next page to find out more how these superfoods can help you.

Laura Lindsey is the chief nutritionist of Holistic Health Labs. She has helped thousands of men and women transforming their health with the right foods, nutrition and supplements.

Which wonderful friends in your life would appreciate this information about milk and calcium? Are they drinking too much milk?