How Oil Pulling Improve Your Health & How to Oil Pull 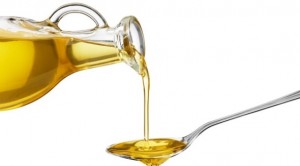 Oil pulling is a simple, oral health and detoxifying treatment which has a long history and is considered by many as a folk remedy for an amazing variety of common ailments. Oil pulling is a mouth treatment in which unrefined oil is swished in the mouth, sucked through the teeth, and gargled for 10 to 20 minutes daily.

Oil pulling dates back over 5,000 years to ancient Ayurvedic medicine, a system of traditional Hindu medicine native to India. Even though many people have yet to discover the benefits of oil pulling, it’s been used for centuries. Oil pulling has been said to have remarkable health benefits which are almost too good to be true, but with few scientific studies done to document all the benefits of oil pulling, we must currently rely upon the extraordinary testimony of devoted users. Like many holistic approaches to health and wellness, oil pulling is both low cost and low risk. With the potential for such great benefits versus the low risk, you will probably be enticed to try it yourself!

The benefits of oil pulling are vast and wide-ranging. The healing properties claimed by people who have tried oil pulling are really almost too incredible to believe. First and foremost, oil pulling is an oral and mouth detoxifying treatment which, when used consistently, will whiten teeth, assist in the prevention of tooth decay, reduce or eliminate gingivitis, alleviate the signs and symptoms of periodontal disease, strengthen gums, and maintain a strong jaw. Whiter teeth always help a youthful smile, but in addition, oil pulling will assist you in maintaining facial muscle tone which reduces the signs of aging, such as tired, sagging facial features and skin.

For the simplicity of the oil pulling technique, it accomplishes quite a lot! Oil pulling collects bacteria, parasites, and toxins from teeth, gums, and your entire mouth and traps them into the oil so it can be easily dispensed. When first beginning the practice of oil pulling, you may notice an immediate benefit of clearer throat, nose, and sinus congestion. Oil pulling also strengthens tooth enamel by re-mineralizing the surface of teeth and strengthens gums by massaging and cleansing them thoroughly.

In the tradition of ancient Ayurvedic medicine, as well as ancient Chinese medicine, the tongue is believed to be intrinsically connected to all systems of the body and can be useful in diagnosing imbalances in the body. In the Ayurvedic tradition, each section of the tongue is associated with an organ, such as, the heart, liver, lungs, stomach, and the intestines. It is for this reason, through the detoxing effects on the tongue and back of the throat by gargling, oil pulling is believed capable of preventing or curing up to 30 systemic diseases, such as diabetes, asthma, and migraines.

There is also a well-established connection between oral health and overall physical health and strength. Oral health is connected to the strength of your immune system as decaying teeth and weak gums provide easy access to bacteria, parasites and toxins to enter our blood system which can directly impact heart health, as well as, overall ability for our immune system to stay strong. When our immune system is unable to keep up with toxins, they are stored in fat.

As you might have guessed, scientific studies on the health effects of oil pulling are few and far between but most of the oral health benefits of oil pulling is well documented and has been the topic of several scientific studies, including studies which showed reduction in plaque, gingivitis, and reduction of bad breath. The many other health benefits claimed by users have yet to be thoroughly researched; however with the low risk presented by oil pulling, what’s to lose?

The “How To” of Oil Pulling

Oil pulling seems like an unusual practice but if you consider modern techniques of dental hygiene and care, oil pulling is far less evasive and entirely natural. It’s a simple technique but with quite amazing benefits. You can choose an unrefined oil of your choice such as coconut oil. It is recommended to use the most naturally processed oils which would be organic, unrefined, cold-pressed oil which will lack unwanted chemical residue found in heat pressed oils.

Experiment with which oil you personally prefer since each has a different flavor and palatability. Coconut oil is claimed to have greater detoxifying effects but some people have sensitivities to stronger detoxifying processes, so experiment with different oils. Coconut oil has additional antimicrobial and enzymatic properties which kills bacteria while leaving healthy strains behind. The most commonly used oil is sesame oil, so if you are unsure, this may be the oil to begin with.

When choosing an oil, the most important element is the process of extraction the oils. Oils which have been heat pressed lose much of their natural healthy properties. Refined oils also may have chemical residues. So, to get the most bang for your buck, ensure you are purchasing quality unrefined cold-pressed oils.

Oil pulling is so easy it’s hard to believe. Oil pulling is most affective in the morning before eating and drinking anything, but it can be done up to 3 times daily though it is most commonly used only once daily.

2. Swish the oil throughout the mouth, ensuring all surfaces are coated.

3. Pull the oil through the teeth which massages and detoxifies the gums and kills the bacteria lodged between teeth.

The process is very similar to how you use mouthwash. After your time is up, spit the oil out (never swallow the oil since it now contains toxins) and rinse your mouth with water or salt water. You can also brush your teeth, if you would rather. It is not recommended to spit the oil down the drain as it may solidify and clog your drain. It may be wise to instead, spit the oil in a tissue or trash receptacle.

Most experts do not recommend replacing daily flossing and brushing with oil pulling, but chances are you can replace some visits to your dentist with decrease need for whitening, cavity treatments and prevention.

If you thought from reading about how using coconut oil daily for oil pulling is pretty incredible, you’re going to be blown away by the powerful health benefits of coconut oil on the page below…

Which wonderful friends in your life would appreciate this information about knowing more about improving their health with oil pulling?