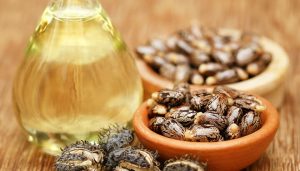 You may have seen it used cartoons as a gag or prank. Maybe you’ve seen it used as a prop the in movies– those large glass pharmaceutical bottles with the fancy writing. Perhaps you’re one of the unfortunate ones that have experienced its effects firsthand as a punishment from your parents.

The infamous viscous liquid known as castor oil has been used for millennia for both its pleasant and unpleasant effects. If you’re part of the crowd that hasn’t heard of castor oil yet, don’t worry, you’ll be sure to learn more about here.

What can you use it for?

If you set aside the ill effects of consuming too much castor oil for a minute, you will see just how many different ways it can benefit your life. Not only does castor oil have many positive effects on health, it can be used in a variety of ways outside of the body.

Read on to discover some of the practical uses of castor oil in everyday life.

Using castor oil to treat constipation is perhaps what it’s most popular for. This comes to no surprise, considering its quick and thorough effectiveness at clearing the bowels. A study shows ingesting castor oil triggers a response in the small intestines.

More specifically, the ricinoleic acid (a fatty acid) in castor oil stimulates muscles in this part of the digestive system, which in turn induces a bowel movement.

The high levels of vitamin E in castor oil make it an excellent remedy for all sorts of skin ailments. For dry, cracked, or scratched skin, massage a small amount of castor oil into the affected area to benefit from its healing and hydrating effects.

Don’t be afraid to apply a generous amount to your skin if you’ve suffered sunburn. The anti-inflammatory effects of vitamin E, which are contained in the castor oil, will soothe sunburned skin. The oil’s hydrating effects will also keep skin from drying out and peeling.

Castor oil has anti-fungal properties which assists in treating conditions such as ringworm. Rub a small amount of castor oil (with a cotton ball or q-tip to avoid spreading) onto the affected area. Repeat this as many times as needed until the condition clears up.

Another great way to benefit from this oil topically is by applying it to your hair and scalp. Since castor oil has properties that lock in moisture, it will help prevent your hair from splitting, and keep your scalp from drying out. Work in a small amount of the oil into your hair and scalp. Apply as needed. Castor oil has been shown to promote hair growth too, so don’t be surprised if you notice that you’ve grown more healthy, moisturized hair!

As with other popular oils, castor oil is used in massages. Apply as much as needed. If desired, mix with other essential oils such as peppermint or eucalyptus for additional cooling effects. The increased blood flow (as a result from the massage) helps to speed up recovery for sore and tired muscles.

In a 2011 clinical trial, castor oil was studied as part of a treatment program for 73 patients with rheumatoid arthritis. The patients were given 30 to 40 ml of castor oil with hot water. The patients experienced an improvement by more than 50% in their joints and joint stiffness decreased by over 48%.

To reduce arthritic pain or joint stiffness, simply massage the problematic areas with castor oil. You can leave the oil on your skin overnight for better effectiveness.

Like other oils, castor oil is also effective in lubricating miscellaneous objects with hinges, and/or other moving parts. Some examples include: door hinges, scissors, and hair clippers.

The two main different types of castor oil are: pure castor oil, and Jamaican black castor oil. The difference between the two lies in the type of processing that the castor bean undergoes.

Plain castor oil is made using a process called cold-pressing. This means the raw castor beans are pressed until the oils are extracted – without the use of heat. This results in a more transparent, and pure product.

If you plan on using castor oil on your body and hair, first test a small area to confirm that it will not cause any irritation. If irritation occurs, be sure to stop using on the skin and hair to avoid further problems.

If you are in the late stages of pregnancy, it is NOT advisable to consume castor oil. It has been shown that castor oil may induce labor and/or contractions in pregnant women, in addition to diarrhea (and dehydration). It is considered unsafe for both the mother and the unborn baby to be under these conditions. Be sure to talk to a doctor if you have any questions about using castor oil while pregnant.

Not all oils are created equal

At first glance, oils seem to basically serve the same purposes in cooking, skincare, and miscellaneous uses. Similarities aside, castor oil is by far the most effective oil when it comes to treating constipation and maintaining regular bowel movements. For this reason alone, you may want to consider it as a valuable remedy to have around the house. As a reminder, you can also use it for a variety of reasons to benefit your skin and general wellbeing.