7 Toxins You Are Constantly Exposed To 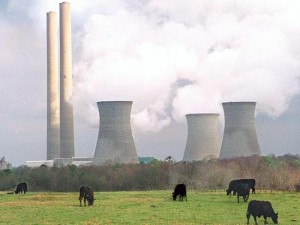 Accumulated toxic chemical build up is one of the leading the contributing factors to ill health today.

Most medical treatment focuses on finding a cure to your symptoms without looking at what caused you to become ill in the first place. Toxins damage your body on a cellular level and affect every aspect of your health, damaging your immune system itself. This literally leaves your body unable to fight off pathogens.

Toxins are linked to cancer, diabetes, obesity, chronic headaches, infertility, and neurological brain damage. They have led to an increase in learning disabilities and higher instances of attention disorders. It’s not just the neurological damage that affects learning though.

The hormonal imbalances caused by chemicals in our food don’t only cause infertility and trans-gender characteristics; they also play a role in all important emotional health. Emotional health is essential to being able to function normally within society.

Because your skin is part of the excretory system, when your body tries to rid itself of toxins it can result in skin conditions and brittle hair and nails.

Toxic chemical build up also causes mutations, deformities and birth defects. Cancer cells are essentially mutated cells after all. And that is just based on scientific knowledge of what individual chemicals do to us. We haven’t even begun to investigate what happens to our bodies when a variety of these chemicals build up in our bodies and start to react with each other!

Take a look at some of the most common dangerous chemicals we are exposed to:

How can you reduce your toxin intake?

Here are a few basic tips to help you avoid putting toxins into your body:

Your body is not designed to eliminate the number of toxins you are exposed to in modern life. You have to prevent toxins from building up in your system by reducing your exposure to chemical toxins and increasing your body’s ability to eliminate these chemicals.

How can you remove toxins already in your system? Start with a detox.

Three days per month of detoxifying your system of chemicals is certainly a good idea, but you might want to start with a longer, more intense detox the first few times.

When you are detoxing you should drink only clean water and plenty of it. You want to try for eight glasses a day of clean, filtered water, preferably served in glass. Avoid water bottled in plastic!

You should cut out all seasonings, sweeteners and processed foods. You will have to cut out caffeine for the duration of your detox too.

Do eat plenty of grapes or drink fresh grape juice as it assists with cleansing the blood. Eat at least one serving a day of unseasoned brown rice as it cleans the intestines and make sure to add fresh garlic to at least one meal a day. Garlic is an excellent blood cleanser.

You should try to eat as many raw vegetables and fruits as possible, making sure that they are organic and non-genetically modified (look for the non-GM labels). Including certain foods in your diet can really help your body to cleanse itself quickly and safely.

Powerful detox foods include Spirulina (green sea algae) which is 65% Amino acids and proteins. Spirulina contains GLA (gamma linoleic acid) which is a well-known anti-inflammatory. Spirulina is also high in chlorophyll, which removes toxins from the blood and boosts the immune system.

Wheatgrass is easy to sprout at home, perfect for salads and the juicer and is an excellent source of nutrients for your body. Not only that but wheatgrass is also believed to assist in red blood cell production, boosts the immune system and clears your skin by detoxing your liver and cleansing your blood. As if all that wasn’t enough, wheatgrass also balances your PH levels and blood sugar levels.

Ginseng root (especially when combined with Ginger) is known for inhibiting tumor growth! Ginseng is an excellent choice for combating any toxins already in your system as it balances and restores your body’s natural state while working as an effective cleansing and detoxing agent.The final super power in our detox box is

Green tea. Green Tea increases the metabolism, helping your body to rid itself of toxins much faster. It also protects nerve ending damage which is associated with Alzheimer’s.

A simple way to get the above 4 detox foods is to get Energize Greens. Energize Greens contain a number of ingredients that can help you to eliminate these environmental toxins from your body.

Remember that you might feel slightly nauseous or even experience a mild headache for the first day or two that you are detoxing. This is because the toxins are busy working their way out of your system. Good practical sense measures include voiding your bladder as frequently as you need to. This is one of your body’s natural ways of flushing itself, so don’t worry if you need to “go” more than usual.

Another way that your body eliminates toxins is through your skin through your sweat. So going for a jog or working up a sweat can definitely help the process along. It also raises your metabolism, helping your body to work those toxins out faster. Just be sure to have a good shower afterwards because you wouldn’t want all of those toxins sweating out only to sit on your skin and cause spots.

Emma Deangela is the best selling author of The Alkaline Diet Program and 80/20 Fat Loss. She has helped over tens of thousands of men and women to lose weight and transform their health with sound nutrition advice. Check out her 4 foods to never eat for breakfast video to lose more than 18 lbs in 3 weeks.

Which wonderful friends in your life would appreciate to learn about these 7 toxins in their environment and life?