How Phthalates Leach Into Your Food 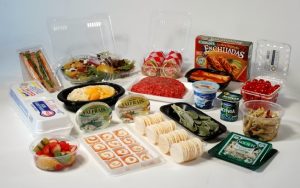 The type of stuff you’d find in a home improvement store, however, research has shown that this toxic chemical can also be found in common foods that we eat including frozen dinners, meats, cheeses, and fast foods.

It isn’t the food themselves that contain phthalates, it is through the manufacturing process that they are exposed to the chemical which then leaches into our foods.

Foods that we consume can become contaminated with phthalates while being produced, handled, and packaged in factories as these chemicals can be found on conveyor belts, vinyl gloves, food packaging, and PVC tubing then transferred onto our foods through contact.

Last year, there was a study conducted by George Washington University that linked phthalates to fast food consumption. The study was published in the Environmental Health Perspectives journal.

The University gathered data over an eight year span from the Centers for Disease Control and Prevention (CDC).

The data used for the study contained 8,877 participants who completed a diet survey and provided a urine sample.

As a result, they concluded that fast foods likely contain more phthalates than other types of foods.

This could be because fast foods are very processed and also handled frequently by various types of equipment in the manufacturing process which can contain the chemical.

Fast food also comes into frequent contact with handlers wearing gloves containing phthalates which can then be transferred into our foods.

Phthalates Found in Macaroni and Cheese

Recent studies have pointed at dairy products as having the greatest amount of phthalates which has led to a research that tested 30 varieties of cheese products for the chemical.

Of all the varieties of cheeses tested, it was the powdered cheese from macaroni and cheese boxes that contained the highest concentration of phthalates.

They were found to have four times the amount of phthalates than the natural cheeses that were tested.

Phthalates in Other Foods

Other common foods that contain the chemical are meats like fish and chicken. Studies have found chicken to have the highest levels of phthalates in comparison to other meats.

It’s no surprise then, that eggs also have high concentrations of this chemical.

Foods that are processed or high in fat are another common source of this chemical because phthalates bind well with fat and is often found in the packaging materials for processed foods.

What are the Health Problems Associated with Phthalates?

Numerous studies have been conducted on this chemical and the effects it has on our bodies. It was found that there are several health problems that were linked to eating foods containing phthalates.

The most common problems include hormonal related issues in both males and females although there is more evidence to support problems among males.

The chemical is known to interfere with the male hormone testosterone which can ultimately lead to low sperm counts, damage to the sperm, testicular cancer, and fertility issues. It can also affect infant males who can be born with genital birth defects.

For women, phthalates can interfere with the hormone estrogen which may lead to a hormonal imbalance, problems with reproduction, and ovulation.

Because the chemical is known to cause hormonal issues, it is especially harmful to women who are pregnant and young children. Exposure to this chemical can lead to problems with development for the fetuses or young children.

Phthalates have also been found to lead to behavioral issues and learning problems among children.

Additionally, the chemical has been linked to asthma, diabetes, a low IQ, cancer, obesity, autism, allergies, and ADHD.

How to Protect Ourselves from this Chemical

Because phthalates does not have an odor or color, it cannot be detected without laboratory testing. So, here are some tips that can help you stay away from this dangerous chemical:

Avoid packaged or canned foods whenever possible,especially foods that are packaged in plastic since this typically contains the highest concentration of phthalates. Opt to buy fresh fruits and vegetables over canned ones. Choose to buy meats and deli meats at the deli counter where it is often wrapped in paper rather than plastic.

Avoid using plastic containers or bottles. Since phthalates are most commonly found in plastics, it is best to store foods and beverages in glass, stainless steel, wood, porcelain, or ceramic. If you must use plastic containers, be sure not to microwave foods in it as higher temperatures means a higher likelihood of the chemical getting into your food. This is also important for baby bottles and sippy cups.

Avoid buying products containing the chemical. When purchasing drinks, try to buy ones that are in glass bottles rather than plastic. Milk is a good example for this as it is often sold in plastic bottles, but you can usually buy them in glass bottles from local suppliers.

If you are unsure whether or not a container or water bottle is safe to use, the easiest way to tell is by looking at the bottom of the product where you will find a number inside the recycling symbol.

Products with the numbers 3, 6, and 7 contain the chemical phthalate. To avoid this chemical, buy products that have a 1, 2, 4, or 5 in the recycling symbol.

Choose organic over conventional food items as phthalates can be found in herbicides and pesticides that are used to grow non-organic foods.

Avoid fatty, processed, and fast foods. Research shows that foods high in fat like oils, milk, meats, and butter tend to have higher levels of the chemical.

Processed foods also have a higher likelihood of becoming contaminated with phthalates through the manufacturing process.

Additionally, studies have shown that those who eat fast food have higher levels of phthalate in their urine than those who do not.

Consider storing snacks and other food items in glass containers instead or opt to use an alternative to sandwich bags like biodegradable bags or reusable cloth pouches.

Nowadays there are several companies that make reusable bags or pouches made from cotton to hold your foods.

The best part is, they are washable which makes it easy to use over and over again.

It’s not only best for your health, but also good for the environment.

In fact, there are more than thousands of toxic chemicals in many of the food and products you eat or use every day and they can increase your risk of diseases and even the big C.

Are you concerned with phthalates in your food?

Please share with your friends this article on phthalates in the food – Use any of the social media and email buttons on the left of our website.